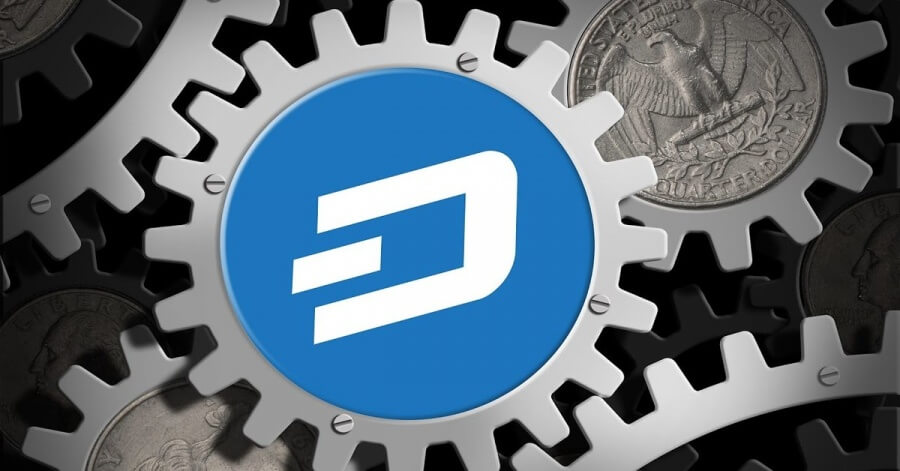 Dash is cryptocurrency, in this respect it is similar to Bitcoin, in fact Dash is based on the Bitcoin software. As casinos embrace more and more cryptocurrency technologies many are starting to accept coins other than Bitcoin, Dash is one of these coins.

Dash has many advantages over Bitcoin

There are very big differences between the two coins however.

Dash is more anonymous than Bitcoin thanks to ahead-of-time-anonymization a technology designed to ensure that only you have access to the transaction records concerning your Dash transactions.

If you look up the term Dash in a dictionary you might find a definition like the following:

“run or travel somewhere in a great hurry.”

It’s no accident that the creators of the coin chose the name they did.

Dash makes use of a masternode network, a network of computers specially setup to process Dash transactions – thanks to a technology called InstantX users can choose to utiltise this network when transferring funds – if the masternode network is used transactions are sent and fully verified and irreversible in just 4 seconds!

The Dash network is technically termed ‘two tier’ because there are two levels to it. The first level is like Bitcoin (peer-peer transaction processing and verification) but the second tier is the masternode network, which allows for near instant transaction times.

Nodes (the first tier of the network) do the day-day processing and the mining to create new coins, but the Masternodes handle special transactions such as InstantSend.

The masternode network is also crucial for the anonymous nature of Dash. Unlike the Bitcoin Blockchain which is published for the entire world to see, Dash anonymization technology ensures that your transaction history with Dash is impossible to trace.

The cool thing about masternodes is that masternodes can come and go freely, so the network is not tied into any specific group of powerful people. Anyone can start a masternode. Understandably, if you are going to be playing a crucial role in the success of the Dash network (which masternodes of course do) it makes sense that you should have a strong desire to see the network succeed. Dash ensures this is always the case by requiring that anyone that wants to start a masternode must have 1,000 Dash coins, and these coins must not be used while the masternode is in operation. If the masternode falls below 1,000 coins it shuts down.

The masternode network is the biggest difference between Dash technology and Bitcoin technology, and aside from the anonymity and speed gains, there are also advantages when it comes to governance.

Governance is the way in which decisions about something are made, Dash’s governance is decentralized and makes use of the masternode network. Masternodes can vote on important issues concerning the currency and its technology such as budgeting proposals. Dash was the first coin to make use of this sophisticated and ground-breaking technology which is known as decentralized governance by blockchain.

Dash is private, instantaneous and has low transaction fees. These features make it a great currency to choose for your next online casino adventure.